The Complete Guide On Feeding Niger Seeds To Birds 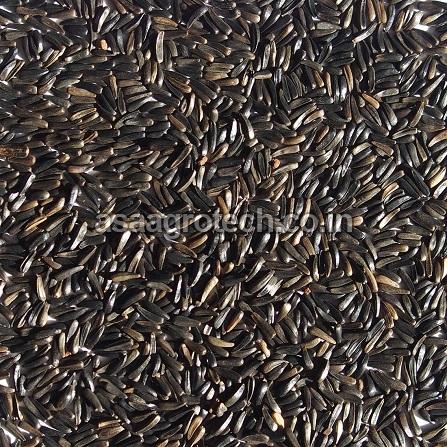 Niger Seed produced by Niger Seed Manufacturers is sometimes referred to as 'Thistle Seed,' although the two seeds are not the same. This misunderstanding is supposed to have arisen because the seeds resemble one other, and goldfinches enjoy both Niger Seed and Thistle Seed!It's great for feeding little songbirds in your area, especially goldfinches, who love it.

Niger Seeds contain shells, which means that if you see what appears to be a seed on the grass, it's not the birds tossing them off. It's simply the seeds' husks (shells)!

If you're unfamiliar with this sort of excellent birdseed, we've written together with an overview of the seed and reasons you might start using it in your yard.


Why Should You Feed Niger Seed?

Birds adore Niger seed, which is a favourite of many different types of garden birds. We suggest giving it a shot if you aren't currently feeding it to your backyard birds.


What Is the Best Way to Feed Niger Seed?

Although Niger Seed supplied Niger Seed Suppliers in India, is a quarter of the mass of sunflower seeds, they make a terrific combination to keep some of our beloved pet birds well fed. Most seed feeders aren't suited because of their tiny size, since the seed will simply fall out of the openings. To have your birds acquainted with the feeder, we suggest starting with a pre-filled Niger Seed feeder. Alternatively, you might invest in a specially designed Niger Seed feeder.


• Birds Won't Consume Niger Seed If It Dries Up

Niger is an oily seed that provides a lot of energy to the birds who consume it. However, because of its oily nature, it dries up and loses its avian appeal.

Birds will use their beaks to devour stale Niger seed.Avoid wasting Niger by only buying what you'll need in a month or two.


• Thistle Seed Is Not Niger Seed

Black Dried Niger Seedwas once known as thistle, although it is not the dangerous thistle plant that grows along highways. The USDA mandates that all Niger seed imported to this nation be heat-treated to sterilise the seed, so it won't germinate beneath your feeders.

Because Niger seeds can be dusty, seed producers may add a tiny quantity of vegetable oil to the grain before packing to reduce dust.


• The Shell of Niger Seed

A Niger seed also has a shell, despite its modest size. If you notice any seed on the ground and don't think birds are consuming it, look closer: you could be seeing primarily the thin Niger shells.


• Niger Seed That Has Gotten Mouldy Is Bad for The Birds

While being in the feeder, Niger seed is susceptible to deterioration. If Niger seed is not being aggressively consumed, replenish it every 3-4 weeks.

To avoid clumping and mould, shake the feeder every day. Ensure that the seed doesn't get wet; a weather cover can assist. Refill the feeder half if bird activity dwindles.

This entry was posted on January, 18, 2022 at 16 : 03 pm and is filed under Niger Seed. You can follow any responses to this entry through the RSS 2.0 feed. You can leave a response from your own site.